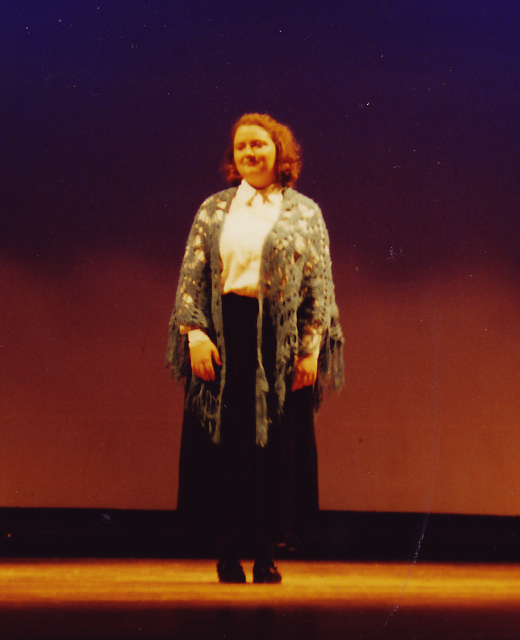 I’ve been thinking a lot about theatre lately. I’ve been missing the stage in a very real way – missing the rehearsals and the excitement of opening night. I’ve missed hours spent memorizing and days spent blocking, creating sets, and having fun. For everything Bloomington has, it surprises me that the community theatre world isn’t bigger – that there aren’t more opportunities for people to participate. Like everything else in a small-ish town, people that do community theatre have always done community theatre – I just long to break back into that world. While I’m critical of a lot of things about myself, theatre is something I know I’m good at – something I know I was gifted for – and it, quite frankly, stinks that I haven’t been on stage in a really long time. 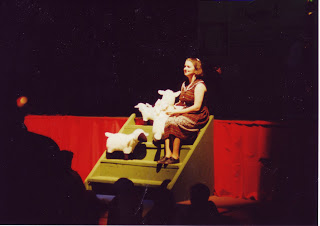 In honor of my longing, here are some of the roles I feel I was “born” to play…some I have tackled, some I have only dreamed of playing…

The Stage Manager – Our Town
I know the role traditionally goes to a man, but it is still one of my favorites. I tackled this role the first time in high school – since then I have longed to do it again. Part omnipresent narrator, part audience, part participant, the Stage Manager is one of the most unique roles ever penned for an actor. Monologues that ask the hard questions, keep the story moving, and reveal the humanity behind the story, the Stage Manager is a quiet yet commanding presence in the story.

Beatrice – Much Ado about Nothing
Much Ado is my favorite of Shakespeare’s comedies. The first time I read Beatrice and her sparkling wit, I knew this was the one role in Shakespeare tailored for me. I have many Shakespearean favorites – all strong female characters with a little sass, but Beatrice is my favorite. Again, this is a role I was lucky enough to play in high school, but would love the opportunity to do again!

Lina Lamont – Singin’ in the Rain
Anyone who knows me well knows that singing is not my forte. Because of that realization, I have steered firmly away from most musical theatre productions. However, Lina has an interesting role – being able to be a part of one of my favorite musicals AND not have to sing. I also think Lina steals the show in so many ways, and I would love to ham it up as Lina for a long time to come!

Actor – Let Go/Open Up
This is the exception to the rule. As a general rule, i enjoy church drama, but find them a little cheesy and superficial most of the time. This killer script from Willow Creek in Chicago is the exception to the rule. One of the few roles I have been willing to fight for since starting church drama, this was a dream come true for me. A chance to ask God tough questions, be raw and honest, and leave myself at His feet.

This isn’t all of them, of course, but some of my favorites. Have I mentioned I miss the stage oh so much?