Dreams and futures are on the line in this epic fantasy courtesy of TBR & Beyond Tours.

Get the whole tour here.

Victory is the only option.

Once a year, the Olympian Empresses grant the wishes of ten people selected by a lottery—for a price. Seventeen-year-old Gen, a former circus performer, wants the freedom of her father, who was sentenced to life in prison for murders she knows he didn’t commit. Castor plans to carry the island Arcadia into the future in place of her brother, Pollux, but only after the Empresses force a change in her island’s archaic laws that requires a male heir.

To get what they want, Gen and Castor must race to complete the better half of ten nearly impossible labors. They have to catch the fastest ship in the sea, slay the immortal Hydra, defeat a gangster called the Boar, and capture the flesh-eating Mares, among other deadly tasks.

Gen has her magic, her ability to speak to animals, her inhuman strength—and the help of Pollux, who’s been secretly pining for her for years. But Castor has her own gifts: the power of the storms, along with endless coin. Only one can win. The other walks away with nothing—if she walks away at all.

Game of Strength and Storm drops you into the middle of a chaotic, magical, mystical world that requires you to be paying attention from page one. Gen wants her family’s name cleared. Castor wants to rule her homeland. They are pitted against each other in a merciless contest that pushes them to the edges of what they think is possible…any beyond.

This is one of those books that requires the reader to be paying attention, and it’s the kind of book I wished I had in paper – easier to flip back and forth to keep the characters, families, and mystical world straight! Author Rachel Menard has created a fantastic, fully-fledged world that is beautiful and fun. The book, in general, is great fun, a little dark, and a great summer escape. As Gen & Castor criss-cross around the world to try and win the Empresses’ contests, the reader is transported under the waters, into the skies and back to the (somewhat firm) ground. Along the way, romance blooms and the reader realizes they’re just beginning to understand the real story behind the story.

This Hercules re-telling has a lot of potential and I’m looking forward to the next book. 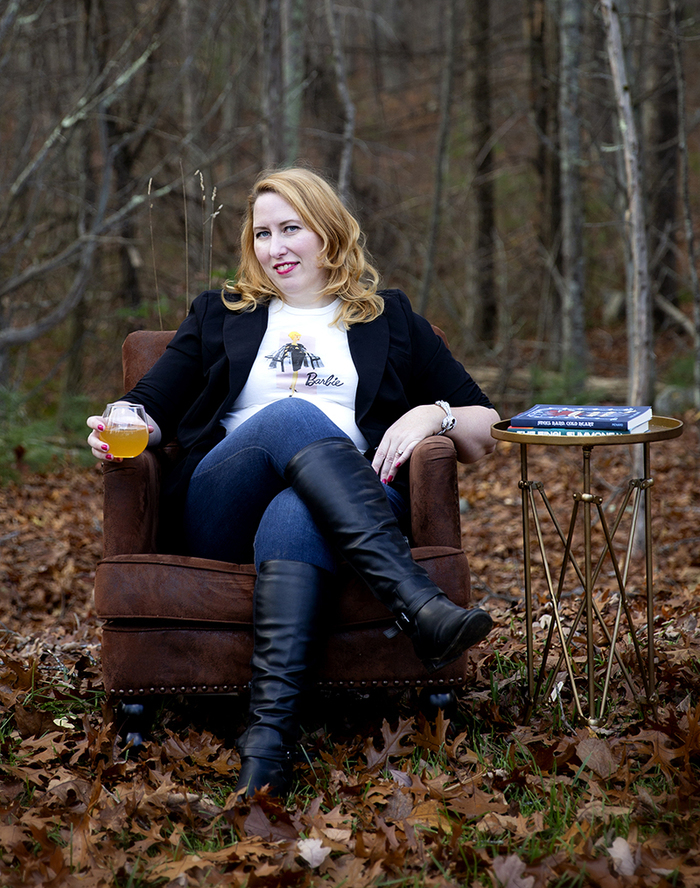 Rachel Menard was born in New Jersey, raised in Arizona, and then relocated to Rhode Island. Throughout her life she has been a barista, college radio DJ, singer in an alt-country band, marketer, designer, and finally, a writer. Her short fiction has been featured on the Cast of Wonders podcast and her non-fiction has been seen in Writer’s Digest. Her debut novel, Game of Strength and Storm, is coming from Flux Books in 2022.