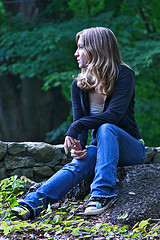 (I feel like WordPress doesn’t want me to post this blog, since it ate the first one I wrote).

I do my best to keep my blog a place of light-hearted energy. Make a difference Mondays. Book reviews. Random, sometimes deep, thoughts on love, faith and becoming the woman God has created me to be. But, last weekend something horrific happened; and the response was both horrific and hopeful. You see, despite our culture being way more used to shootings than they ever should be, we still found our collective hearts breaking when another shooting happened on another college campus. Part of me sighed, part of me cried, part of me, sadly, was less shocked and mystified than I should have been. Because we’re too used to this. It happens too often.

But that is not the point of this post.

The response quickly went from tragedy to absurdity as the truth of the story came out. A man had killed and injured over two dozen people because, in a long, twisted, dark 140-page manifesto found online, because he was rejected by women; because women said no to dates, to sex, to him. He thought it was okay, then, for him to kill. Now, I am 100% certain that there are other demons in that young man’s life, but the message was still the same. And, in a moment that could only be created by a social-media driven culture, women stood up and said, ENOUGH.

The #yesallwomen hashtag was born.

It was born out of frustration. Out of horror. Out of exhaustion. Out of pain. Out of fear. Out of strength. Out of bravery.

All around the world, the tweets started flowing in, angered at the fact that any of this is still an issue in our culture. In 140 characters, women exposed the darkness of their own lives. They remembered the times they were called “whores” and “sluts” and “teases” and worse. A simple social media site put voice to millions of inappropriate touches, looks, messages and expectations.

As I talked to friends and watched the twitter feed, I was amazed how many stories were the same. We have all been there. I have a vivid memory of sitting at the local public library in 5th grade, with a couple of the boys from my class. One of the boys, apparently, liked me. He sat there, reading a comic book, his hand outstretched on the table. I was oblivious to what he wanted, though. I got up to get another book, and his friend followed me into the stacks, “He wants to hold your hand, dummy,” is what I was told. Oh. Okay. That “relationship” lasted all of a few days, but the boy in question turned into a young man who I was never comfortable around. He thought he could have me. He thought I was his. It came to a head years later, when we were both working at the local DQ. I thought we had moved past that, to at least a civil working relationship, until I was cleaning out the ice cream buckets at the end of the day. He came to the back of the room. Words were exchanged. Threats were made. He was angry because I … simply … existed. And I had said no to him too many times, apparently. To this day, I am thankful that we weren’t the only people closing down the store, and that I was immediately able to tell my supervisor what happened and we never worked together again. The situation, looking back, could have been so different.

And that’s just one moment, one isolated incident in my life. I could pick many other examples.  And it makes me sick. It makes me sick that a man went on a killing spree and some of the first words I heard were “well, if she would have only gone out with him, none of this would have happened.” Really? Who can say that? Who’s to say she wouldn’t have been killed? That he wouldn’t have done this anyway. This shooting, and the way so many people still treat women, is hard to articulate well.

#yesallwomen is real. Not all men are at fault. Not all women are blameless. But all women, no matter what, have a right to say no to a suitor, to refuse a drink, to leave a party alone. We have to change the rhetoric, because we are dangerously close to a line that, once crossed, can never be uncrossed.

As the musical “Into the Woods” closes, the Witch sings these words:

Children may not obey,
But children will listen.
Children will look to you
For which way to turn,
To learn what to be.

Careful before you say,
“Listen to me.”
Children will listen.

The change starts now. It’s time for us to teach our children that #yesallwomen have a voice and that not all men have the right to control them. It’s time to teach and lead by example, because the next generation, the generation that wants to change and to be changed, is watching, listening, and learning by how we respond to moments in time like this.