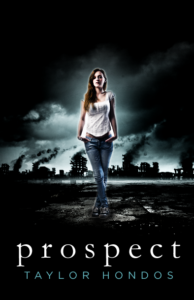 She’s back, and stronger than ever before.

Lena lives on and although she can’t remember a thing, she has woken up with powers she could only dream of. Lena has been taken over by Dr. Ravana and received the number one target on her first night in the compound.

And then she saw him and everything changes.

Lena can’t help but fight the connection she feels for Jared. Jared attempts to unlock the truth of the cure while attempting to help Lena
remember he past.

If only Lena doesn’t have to kill him first.

“It all started with an idea. That sprouted while watching a movie. That
rooted in her mind. That finally she wrote down in two weeks. Until she
typed it for herself and finally for others.

I’m pretty much you’re average everyday girl. I work as the hostess and
cashier at the restaurant around the corner. I eat Lucky Charms in my
pajamas on Saturdays. I read every day while bad crime TV shows blare in
the living room. I write every day (almost, promise).

I started writing because I wasn’t satisfied with just being the reader
anymore. I wanted to tell my own stories. Within two years, I became a
self-published author. Born and raised in North Carolina. I haven’t
traveled further than Florida. I spend most of my time reading, writing
(sorta), knitting, watching the same movies over and over again and
shopping online for penny books. I am the author of the Antidote trilogy.
I attend the University of North Carolina at Greensboro and am getting a
degree in English.”

Get caught up with Lena’s story:

Get ANTIDOTE on Amazon