Return to Me
This one is in honor of Liz and the many, many, many times we watched this movie.  If you’ve never seen it, the premise is this.  A man and woman are happily married.  There is a car accident.  The wife dies, but she is an organ donor.  Her heart ends up in the body of a woman the man meets and falls in love with. But, will their love survive when he knows the truth??  The unlikely pairing of David Duchovny and Minnie Driver just adds to the silliness.  Regardless, though, it remains one of my favorite chick flicks. 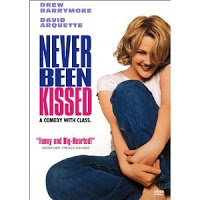 Never Been Kissed
What’s not to believe – a young woman gets her first assignment as a ‘real’ journalist – to go back and pretend to be a high school student again.  Misfit hilarity ensues, and of course she falls in love for the first time -with one of the teachers.  Drew Barrymore and Michael Vartan have good chemistry and the big kiss at the end is pretty dang impressive.  I used to watch this movie at least once a week.  Even writing about it now, I have the overwhelming urge to put it in and watch it right now! 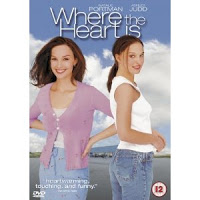 Where the Heart Is
It’s not a typical romantic comedy, but I still consider this a chick flick.  I’ve never met a man who would choose to watch it of their own free will.  It’s a more serious film, but still a tender love story.  More realistic and not a movie that fits a formula, it’s one I watch any time I see it on TV.  If you haven’t seen it, it’s worth watching at least once. 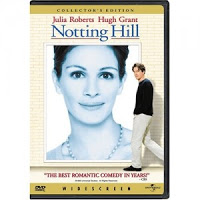 Notting Hill
Julia Roberts made quite a few chick flicks all in a row there for awhile.  My favorite of the many options was Notting Hill.  this is one of those “no way it’s ever going to happen” movies.  You know the kind – a starlet falls in love with an average Joe.  They have to go through a lot of trouble and obstacles to get there, but eventually there is the pivotal line – Just a girl standing in front of a boy asking him to love her.”

Other notable chick flicks that are guilty pleasures:  Sweet Home Alabama, How to Lose a Guy in 10 Days, 13 Going on 30, Legally Blonde.