One of our recent #StartExp challenges was to really think about a time we failed, write about it, and then let it go. That is not an easy challenge! If you’re anything like me, you’d much rather forget your failures or missed opportunities than think about what happened. But, I am determined to take this challenge seriously.

So I thought about it. 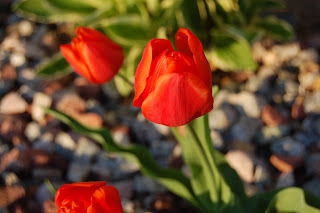 I realized something. I haven’t really ever failed – at least not big. Sure, I’ve made some bad choices, did poorly in some classes, messed up – – but something that I would count as a failure? I was having a really hard time coming up with something. The closest I got was basketball in the 6th grade. There are things I don’t do well (sing, dance, sports to name just a few) but totally fail? I don’t know. Is my inability to lose weight and keep it off long-term a failure? Maybe. But I’m getting it more and more under control.

And then I realized that I didn’t have a good example of failure, which should have been a good feeling. But, it just made me sad because I realized I haven’t had an epic failure…but I’ve also never had an epic risk. My mom said recently that neither of her kids are risk-takers, and I think she’s totally right. So then I realized something completely not profound, but shocking to me – my lack of failure is my biggest failure.

The only way I can overcome that is to take bigger risks – so, in that spirit, I am putting my big Start dream out for the world to read right now. Over the course of a few weeks I had several people comment on the fact that they thought I had a nice speaking voice, was well-poised and had a good way of delivering information. I am comfortable in front of a group of people and on stage, and I’m learning to take compliments, so I said thank you and smiled when the first person told me I should figure out how to do voice over work. And then the next person said it. And then another. And then another.

So, here it is. I’m looking into ways to get some voice over work and explore what recording books on CD might look like. I’ve joined a website for people looking for this kind of work and have researched what a couple different books on CD companies request for possible voice talent. I’m working on what I would include on a demo CD or site and have been practicing voices in the car on my way to work. I’m so excited to pursue some of these things. And, if I fail, please let me fail because I risked big instead of failing because I never risked at all.