What did the Influence Conference mean to me?

Like I wrote about on Sunday, there was just something about the conference that was unexpected, yet completely lovely. I went into it thinking it would be one thing, a blogging conference, and left realizing it was something else entirely. When I was talking to my friend Liz about it, she said it best when she said that it wasn’t what I thought I wanted, but it was exactly what God knew I needed. I left those two days feeling inspired, challenged and hopeful that my dreams were worth following and my story was worth telling.

Here are just a few of the highlights for me.

We were completely spoiled for a couple of days. I mean, check out all the stuff in our SWAG bags. But, it was so much more than just stuff. Each piece was the heart of one of the people or groups in attendance. There was handmade jewelry, knitted cup cozies, coupons for discounted handmade items, calendars, bookmarks, business cards, and so much more. There was a sweet handmade card to share with someone else and a light bulb to remind you that your big idea was worth something. It was awesome!

The first main session talk, led by Hayley (one of the founders of the Influence Network), set the tone of the entire event for me. Her sweet voice, tender heart, and passion for telling the truth of a woman’s story was unexpected and refreshing all at the same time. Looking at that list above, I could easily say that I have believed all of those things at one time or another. And, then, truth refuted in each lie is powerful. Nothing about that list is true, and what a sweet moment for me. 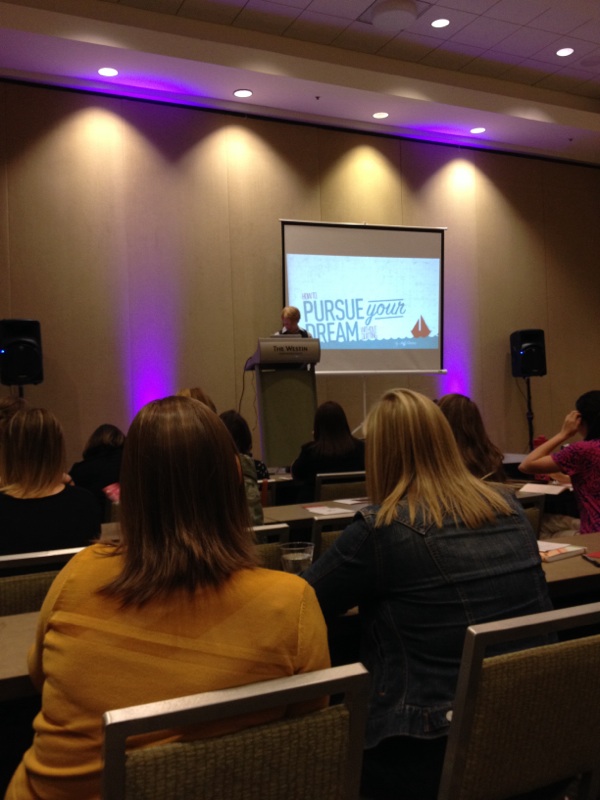 My favorite session was led by Jeff Goins, who definitely owns up to the fact that he looks like Ron Weasley from Harry Potter. His story and dream of being a writer and speaker is coming true, and it’s coming true because he worked hard, kept his goal in front of his face, and chose to believe that he could do it. It was hard work, no doubt, but it was totally worth it and I think that’s something really important to remember. He talked a lot about making the time, no matter how small, every day to pursue your dreams. He asked what was holding us back. Here is what I wrote: 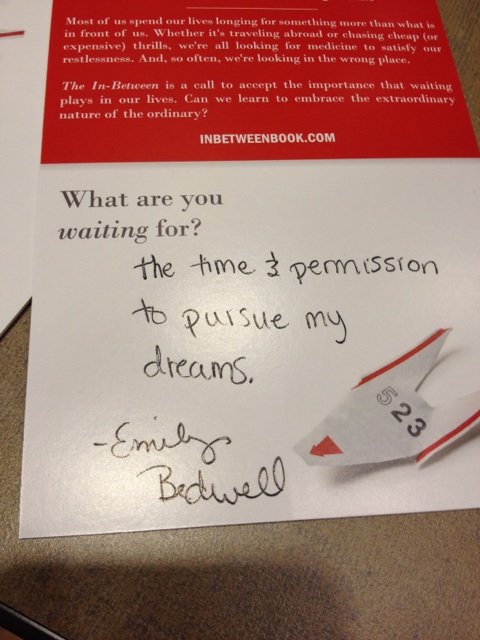 The reality is, though, that I already have both of those things. I can make the time. And there are people in my life, namely my husband and my family, that already have given me permission to do the scary thing of following my dreams. What I realized the other day is that I also need to give myself permission. And, as someone who hates the idea of failing, I’ve spent a good portion of my dream-following doing just the opposite. If I don’t dare big, then I won’t fail big. And, that’s no way to live.  Side note: A definite highlight was when I instagrammed the above picture a Jeff commented back “this is your permission. Go.” Talk about validation!

The conference wrapped up for me, emotionally, when Jessi spoke about adjusted femininity. 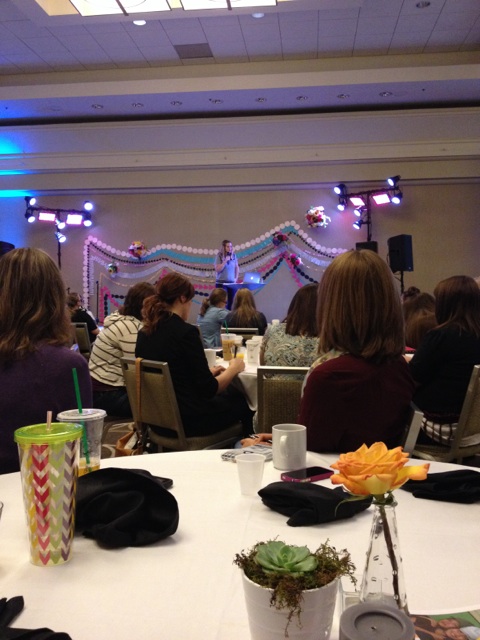 There is something so beautiful and powerful about a woman openly sharing her story with other women, just so they realize, without a doubt, that they are not alone. The courage it took to stand on that stage and say “This is who I am. This is where I came from. This is where I am now” was amazing. It’s not my job to share her story, but her idea of adjusted femininity just won’t leave my brain. How many times, as women, do we become what the world says we should be? How often do we change the surface and heart of who we are to be something that the world appreciates and says is acceptable? How often do we change who God would have us be just because we think there is something missing or wrong with that woman? Seriously, the more I think about it, the more it breaks my heart. But, at the same time, thanks to this tender talk, it is also building me right back up.

Overall, Influence was a great experience. There were some bumps in the programming (I need signs and a schedule, people!), but really, it was a great weekend for me. I didn’t learn what I thought I was going to learn about the art and craft of blogging and social media. But, I did hear clearly the voice in the wilderness of my self-doubt saying that I have a purpose and a plan and to embrace that instead of my own fears! Will I go back? Definitely.